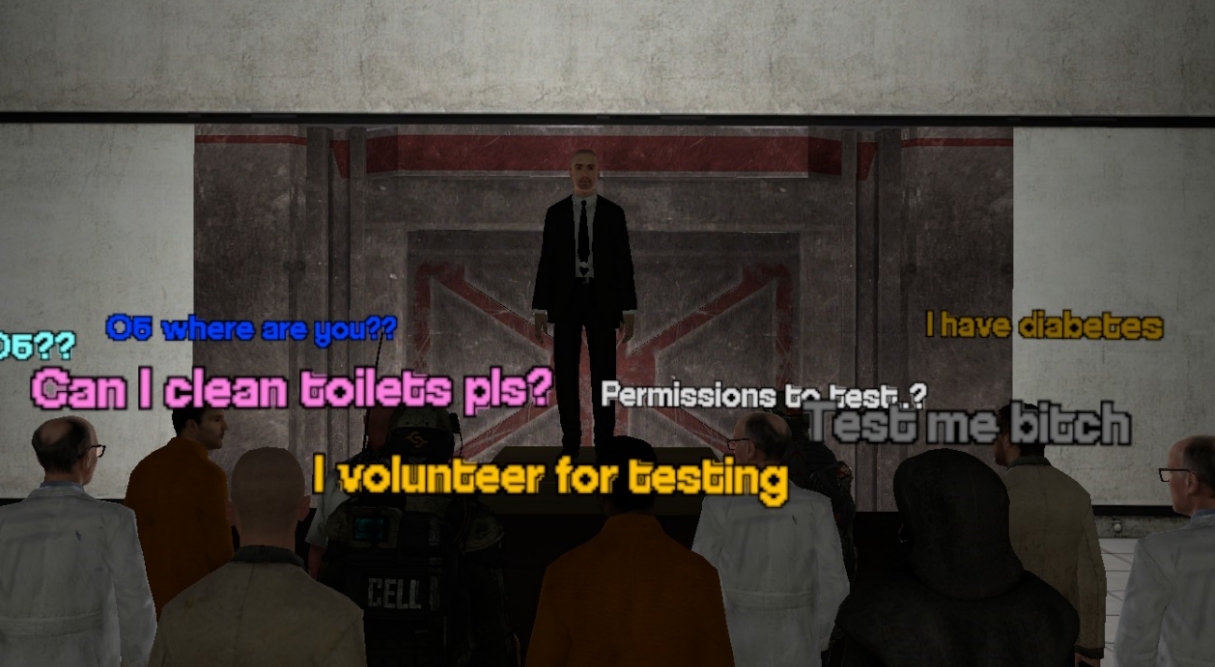 So you’re already a great role player; you’ve created a character and you are hitting all of the communities and owning your environment. However, there may be a few things you are missing which could bring you role playing game to the next level. In this article, I have gathered perhaps the 7 most essential tips to improving on your roleplay, both personally and for others around you.

If you are on casual or semi-serious roleplaying servers, building your own roleplay area is a vital part of the process, and should not be overlooked. These tips also target specifics to help increase a sense of atmosphere and cohesion between what you are trying to convey and what you actually are conveying in your setups. Without further ado, lets start.

/me is the essential roleplay command that should be used on any type of roleplay server. This is used to convey an in-character action that is unachievable in the game, such as /me grabs a soda bottle and turns the cap, unscrewing it. This will display a message like this:

*Steve Burwin grabs a soda bottle and turns the cap, unscrewing it.*

This action cannot physically happen in a Garry’s Mod game mode (unless the animation specifically created), so should be acted out using /me. This does not mean that you can’t add more depth to a coded in action though, such as /me stumbles while attempting to reload his weapon.

/it is a very overlooked roleplay command. Unlike it’s brother /me, /it concerns the environment, and not the actions of a player. For example, following the /me command stated above, a /it command can be used such as /it The bottle fizzes. This reflects what is happening in-game, and adds an extra layer of depth to the situation.

For example, if you wish for it to be windy, you would type /it The soft breeze hits Steve’s face inconsequently. The result would be:

If you are doing a stationary roleplay, such as a shop or restaurant, you may want to consider adding moving assets. Small things such as a ‘saloon’ style door, which is not part of the environment, add a spice of character into the scenario, and makes it feel less linear and more exciting. This elevates your roleplay to the next level.

Another example would be a spinning vehicle stand in a car dealership; it makes the building feel more alive.

If you are well connected, and the roleplay seems to be dying down, you could get someone to provide a situation or problem to resolve.

For example, if you are a bank owner, you could organize a bank robbery, where the staff would have to comply by a strict protocol, and negotiations would start with the police force.

This, again, breaks any feeling on linearity, and makes the environment and community feel more connected and alive; things can actually ‘go wrong’.

A great way of upping your roleplay game is to try something no one else has attempted; this way, no bar has been previously set, so the sky is the limit (unless it is space roleplay). You can play the scenario the way you want, and if done correctly, you can become famous and associated with it, increasing your community reputation.

A good method of coming up with something unique is thinking about your day. If you recall something interesting, such as a tree surgeon or funeral directors, you may decide you want to give it a go as they are very overlooked services and are unusual to be found on a roleplay server.

If you’re anything like me, you stay with the same character through a majority of your roleplay experience. If you change it up, the experience will vastly alter as you will have to display a plethora of different emotions and behaviors. This will not only spice up the gameplay for you, but will also sublimate within fellow players as they will have to respond accordingly, which in most cases will be different from usual.

7. Use a theme and prop category

The biggest problem I see with roleplay builds is inconsistency; If you’re going for a modern look, stick to it – many people try and incorporate two or more different styles into their set. If you standardize your props and keep it within one theme, your dupe is likely to have greater power in helping you convey your profession, and the atmosphere will perfectly match your roleplay.