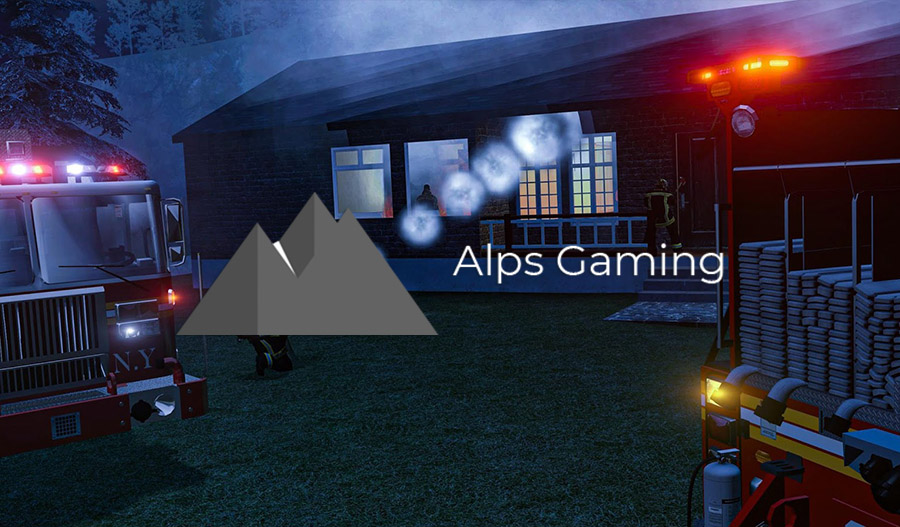 There is a rumbling going around within Garry’s Mod’s roleplay scene. CityRP, a theme that’s mostly being dominated by DarkRP, is getting another contender by the guys from Alps.gg. On the 8th of May, they will be releasing the alpha of their custom-made CityRP game mode for the first time to the public. As someone who has its roots in the RP scene within Gmod, I welcome these brave adventures (Monolith and Perpheads for example). Obviously, I am curious to see what they have cooking!

I managed to snatch the owners of Alps.gg Lizard & Pawsative, for a quick chat regarding this epic quest of theirs (mini interview).

Hey Lizard and Pawsative, exciting times! First of, how are things going?

Things are going great! Sleep schedule is… well… not so great. Many sleepless nights are going into our new project but I’m sure it will be worth it when the community gets to experience CityRP how it should be.

What are you guys cooking up in the world of Garry’s Mod roleplay?

Lizard: We are currently working on a new version of the CityRP game mode. This game mode is older than dinosaurs! It’s been around a long time… It’s due to a rework and needs to be more optimized, giving the players a better roleplay experience. So we did that.

We plan to include the best aspects of other CityRP game modes along with our own twist also. With CityRP 3 we hope to bring a totally different roleplay experience that allows players to have their own endless creative freedom.

“This gamemode is older than dinosaurs! It’s been around a long time… It’s due a rework and needs to be more optimised, giving the players a better roleplay experience. So we done that.”

What is the difference between your gamemode and other roleplay gamemodes? For instance DarkRP or Nutscript.

Lizard: Honestly, the quality of roleplay. On CityRP 3 (Alps Gaming) we are going to be encouraging everyone to roleplay to the best of their ability. This is going to be done through a reward system. For example, if you get a point, which is given for good roleplay, you are also rewarded with credits. With these credits, you can buy things you would buy with real money, such as money packs, VIP, and many more things found in our store. This means you can actually get store items without spending a penny.

We will also be encouraging our staff team to run small roleplay events to spice things up, maybe a tunnel collapsing, that kind of idea.

What are some of the big features for CityRP?

Lizard: This is quite difficult to answer since we are in alpha and most of our “BIG” features are being planned. However, I will go ahead and list a few that are going to be here on launch.

Optimisation: Whilst playing our server we can guarantee a stable performance of our server, which means everyone’s roleplay experience will be much better.

Character Creation: Name, Describe and Create your character. Everything about your character is customisable. Glasses, shirts, shoes, backpack, mask, trousers. You name it, you can customise it. Not one person should look the same unless they intentionally created the same character.

It’s still work in progress but will be ready on launch. It also doesn’t represent the models we’ll be using either but gives you a representation of how it will look.

Working Government: The government system is essential to the gamemode, it consists of a mayor, vice mayor, SWAT, Police, Paramedics and Firefighters. They all have radio channels in which they can communicate through, voice and text. The police cars also have custom skins, making sure all police cars are in uniform.

Money Making methods: We have many money-making methods. To list a few: making weed, woodcutting and contraband. We have many ways to make money, both passive and aggressive. Even owning a small shop can earn some money! We have a system where staff members can give points to players who they deem are doing a good roleplay. With these points you are also given credits which can be used to buy VIP or moneypacks.

What can we expect on the 8th of May during the launch itself?

Lizard: I have spoken to all staff members and talked with a few community members and that’s how we came to the decision we would launch on Friday. You should expect to come online on Friday and see quality roleplay. I have instructed all staff members that they should not be flying around looking for rule breakages but instead to encourage RP in any way possible, whether this be making their own roleplay or assisting players in any way they possibly can.

I’ve also been allowing players on the server early so they can get their builds complete before launch, this will allow them to begin roleplaying as soon as they start and not waste time building.

Seeing its an alpha, how can we, the players, help you guys?

Lizard: Really, the best way to help us is to simply play the gamemode on launch and give us any suggestions you may have. From minor tweaks to larger updates, we are always there to listen to anything people have to say for the better of the gamemode.

Can you give us a little insight into the development process? To begin with, how and why did you start making this new gamemode?

We decided to start working on CityRP, since there aren’t many other servers that are doing it how it should be done. Most of these servers that currently exist, aren’t making frequent updates and if they are it’s mainly new additions such as vehicles, etc. We have a very early alpha of our gamemode within a week of deciding to start working on it.

Another factor that made us decide to do it, when we were hosting a DarkRP server we had a few serious-roleplayers join our server and ask for a ‘passive RP area’, this showed us that there is still interest in semi-serious roleplay in Garry’s Mod.
Lizard: To get an idea of what Pawsative is talking about this is how we handle our Trello:

What are/have been the biggest issues during development?

Pawsative: There weren’t really any big issues while we were developing the gamemode as of currently things have been pretty smooth. The only real ‘issue’ if you can call it that, is having to learn another language. Currently, our gamemode is utilizing HTML panels, which use Javascript and I wasn’t too familiar with Javascript when I started making the gamemode, so I just looked at a few Codecademy guides and managed to learn what I needed to know from there in a day or two.

Another ‘issue’, if you want to call it that; is our dedicated machine was being attacked whilst we were developing, making us unable to test some aspects we were working at the time. We do believe we have fixed this issue as of right now fortunately.

“We decided to start working on CityRP, since there aren’t many other servers that are doing it how it should be done.”

Do you work with a development schedule? As in, setting deadlines and such.

Lizard: As much as this would benefit us, not really. At the end of the day, we are two guys, one developer. I have the ideas, he’s got the brains. I manage the community, he’s our lead developer.

What are the plans for Alps.gg as a community? What are your goals and how is it going to be setup?

Lizard: The plans, for now, are quite simple. Get the CityRP up and running, make sure everyone is happy. Once we are done with that we are going to widen the team a little more and begin work on other passion projects that myself and Pawsative have. We’ve got ideas for a Rust server (which I have worked on before), minigame game modes such as Flood, PropHunt, Murder, and even more roleplay game modes such as DarkRP and other games like FiveM.

Obviously, these are all plans for the future, but we have high hopes for this.

We’re focused on CityRP for the time being and that won’t be changing for a while and only when we think it is ready, we will begin expanding into other game modes.

Seeing you guys have been around the scene for years, are you approaching this event/community differently than you would have years ago?

Lizard: We were under another management previously, myself being an administrator and Pawsative being a developer. The previous project lead went inactive as he was flooded with real-life matters, which was understandable.

Since then, I and Pawsative have been working on other game modes and decided we’d give CityRP a try. We talked with the previous Project Lead and asked if we can buy the domain, to which he said yes and we then continued our journey. This time around we’ll be sure to launch and have no setbacks.
Pawsative: Under previous management, I was unable to edit as much as I’d like to have changed. The previous manager just wanted me in the backend and to let the other “Dev” do most of the work, now I’m completely free to rewrite any parts of the code that I wish to, and how I want to.

Any last hints/news or content you care to share before I will return you to your development bunker?

I guess we can give some sneak peeks: