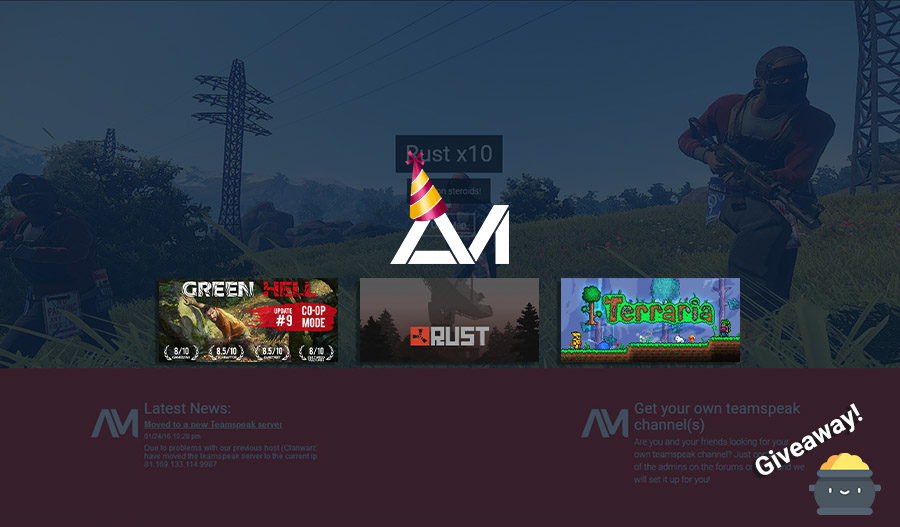 You might have noticed something funky is going on with the Angry-Mob logo on top. Hell, it might even look familiar to you seeing it features some of our old iterations of the AM logo. Why? Because it’s our 5th anniversary! Time to put on your party hat once again! Damn, we are getting old (not just the community.)

Last year on our 4th anniversary I wrote a little wall of text detailing what we have been up to over the last couple of years. Although roughly half of 2019 we were on a hiatus, it’s safe to say the community has been growing once again! With the recent additions of the server directory, our TTT server on Garry’s Mod and easier ways to publish articles on to our website (submit your guest article today!) things are looking solid as ever!

Every time when we hit a milestone like this one we tend to look back to see what we’ve accomplished of the years. And damnit! It’s tough resistant that urge to launch a new server sometimes.. Going through old screenshots, videos and documents brings back memories. Memories we love to talk and (mostly) laugh about (trust me, there is some juicy stuff in our little Admin folder).

As mentioned before, in my post from last year you can find the Angry-Mob adventure in detail. Here is a TLDR version just because its our birthday once again!

Now on to the part where most of you are waiting on, the giveaway! It’s been quite a while since we’ve done a giveaway (the last giveaway was in May 2019). This time we will be giving away the following games:

And the winners are:

All winners have been chosen by Random.