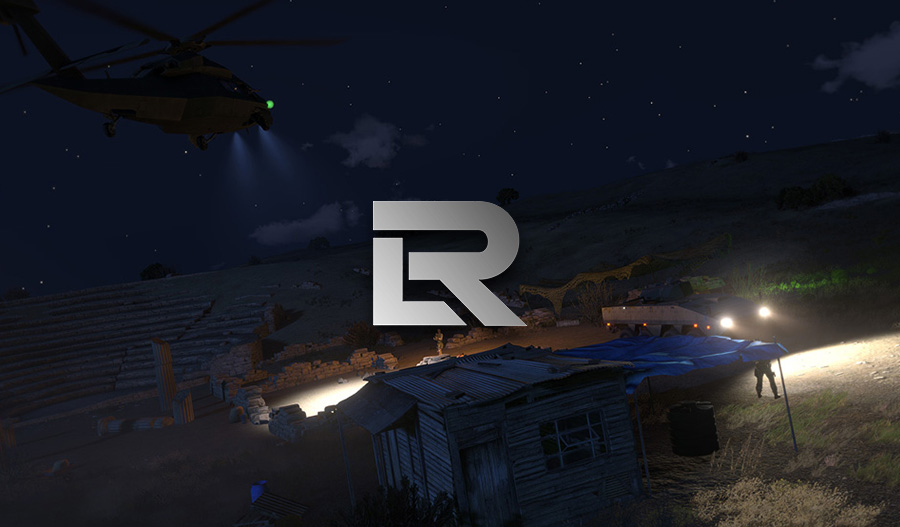 Roleplay within ARMA, Takistan to be precise, has always entertained me thanks to the many videos and streams out there. After our chat with Wilco, I had to know more about ARMA roleplay. Luckily I had a chat with Funopoly, project manager over at Republic Life. Recently, they announced their collaboration with the original developers of the USG Takistan servers. Getting in contact with them was rough due to their rapid growth and constant development. Still, I managed to snatch Funopoly for a quick chat regarding the project and what they are working on!

Hey Funopoly, thanks for doing this interview with us. First of, how’s it going?

What can you tell us about Republic Life and your role within the project?

Well RL (Republic Life) is a Takistan themed Arma Role Play community. It is owned by Repentz and Nicole. Repentz is well known for his many servers he has been apart of and created. Two of his biggest projects was Orian Life and PsiSyn Network. I’m a Project Manager within the community. My job is to, well, manage the community. I am one step below the top and my role details me making sure everyone is happy between all of our factions, relaying information from people to our Founders or Dev team, overwatching the staff team, and just overall making sure the community is going smoothly.

How and when did the project get started?

Nicole messaged me on steam around December 28th about becoming a Community Manager for a server. At that time we did not have a name for the server at all. Our hopes, at the beginning, was to partner with PsiSyn again and make a server under the PsiSyn Network name. After some deliberation, we decided to not follow that route. We also were going to start off with an un-modded Malden server that switched to Modded Malden, the we launched on Anizay. A different take on Takistan themed but a different map. After about a week we decided to switch to regular Takistain and that is where our population began to boom. We are currently rolling out a new framework with collaboration of an older Arma Taki community, USG.

“We are currently the only Takistan RP server right now and just the other day, hit 2nd place in the world on Battlemertics for top Arma 3 servers.”

What makes the Republic Life server different from other (roleplay/takistan) servers out there?

There isn’t much different in terms of gameplay. We are currently the only Takistan RP server right now and just the other day, hit 2nd place in the world on Battlemertics for top Arma 3 servers. Out of the top 10, we were the only modded community.

For the people who are unaware, how does takistan roleplay within ARMA 3 work?

Taki roleplay works just like any other roleplay community. It is just themed in a Middle East type of style with more heavy guns and military. You have Civs which can have gangs, Medics who focus on more roleplay and helping people that are in need of medical emergencies, and Police which maintain the peace from all the gangs. There is a boarder in the middle of the map where the North is the civil side, and South is the more Rebel side.

Are there any actions new players have to take before joining the server? Be it downloading content or signing up somewhere.

All they need to do is sign up on our website, republic-life.net, and follow the instructions to download the correct mods for Arma 3. They also will need Teamspeak with a mod called Taskforce Radio (our VOIP mod). If anyone needs help, they can always contact our staff team on Teamspeak.

“Receiving enough points can cause someone to become permanently banned”

Roleplay comes with it set of rules. How are these rules being enforced within your community?

We have a lot of rules in the community. Members will need to read the set of rules on our website before going in game. We enforce the rules by having a staff team. IF people break rules in game, other members can take their video footage and report them. If the report is valid, people will receive points and/or bans. Receiving enough points can cause someone to become permanently banned. We also have a leadership team who will spectate people in game as well.

Are players able to become staff within your community?

Of course! We have a staff application section on our website where people can apply. Sometimes apps can be closed but we always welcome new people.

ARMA doesn’t come with roleplay features out of the box. Can you tell us a bit about the development and how the server is setup?

Arma, thankfully, allows for 3rd party mods. Meaning that you can create any sort of mod for the game. Steam has a workshop where you can install mods people have created. We use a lot of CUP mods, a popular mod with military gear. We also create our own mods known as Local mods. This allows us to be unique for a Arma server. In our local mods we have custom clothing, cars, and UI for the game. We use an application called Arma3Sync (A3S) that allows us to push updates for people to download. We run our Arma server of a OVH box (well known dedicated server hoster).

When it comes to the development, do you follow a set schedule with deadlines?

We don’t have much of a set schedule or deadlines. We just want to launch stuff when it works and when it is ready.

Roleplay within ARMA has had a good chunk of exposure in the past (by streamers like Lirik for instance). How is it holding up today?

Arma Roleplay has definitely declined in the past 2 years. You get a lot of people saying, “Arma RP in 2019, Residentsleeper.” But yet those people who say that are the ones who still play. The most popular English Streamer (as there are a couple of popular non english streamers) is PsiSyn, who does play on our server and helps with popularity.

Besides having a very healthy server population, I noticed you guys have an active forums, Discord and Teamspeak. How do you keep the communication centralized with all these platforms?

We try our best to pass information to each platform. Most of the “constant updates” is posted on the Discord or Teamspeak with our more major updates posted on the forums. All the “human resources” for faction and staff is on our website. We encourage everyone to join our Discord to stay updated 24/7

Roleplay always leads to fun events and even better stories/memories. Do you have one you would like to share with us?

My favorite memories come from when PsiSyn Network was open and I was a medic. I would always be with some really cool guys and try to Roleplay as much as we could. I had a whole sound board set up with medical sounds and noises and when we would respond to calls while playing the Ambulance song. (look that up on youtube). The reason I stay for Arma RP is that you meet so many people and you always get those really cool and funny interactions while in game. Most of the people I play other games with, I have met from Arma RP.

Thanks again for doing this interview with us. As always, do you have any tips for (starting) communities out there?

If you want to start a community, make sure you have some dedicated people to help run the community. Make something unique that is different from other ones, and just have fun. Try not to get so stressed over it. And if you want to join ours, we are always welcoming new people and developers!

Founder of Angry-Mob.com. Keeping your game community up-to-date with articles, guides, interviews & more! Damn.. what else do I put in here?!