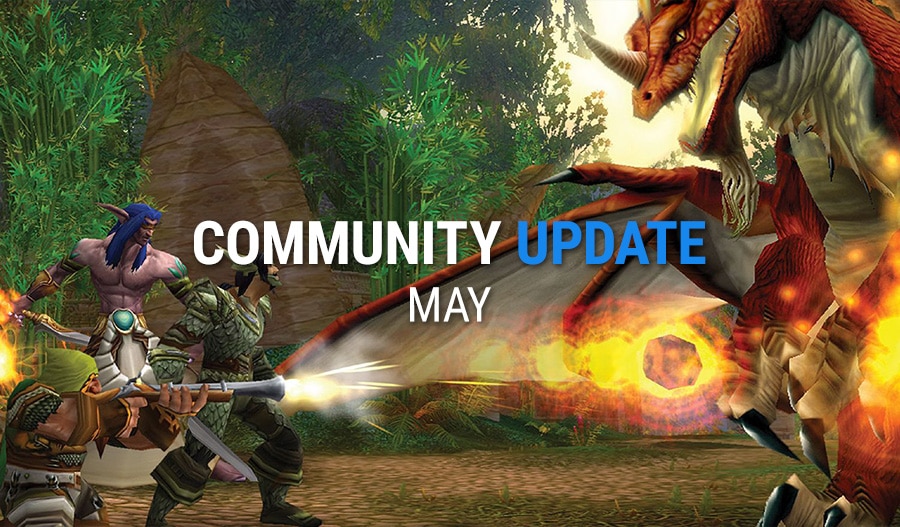 Time for another community update! With all the buzz surrounding events such as the Classic WoW beta it can be hard keeping up with all the previously published communities. Let us bring you up to speed in case you missed some announcements from: Combine Control, Rust Factions, HarrysMod, Esfand, TipsOut

Due to “unacceptable issues” with the gamemode the guys over at Combine Control decided to issue a full wipe on its server. Unlike games like Rust, doing a full wipe on a Garry’s Mod server is not common practice. We are confident that this will breath in fresh air into their server.

Besides the wipe, there is some exciting news regarding the server lore. Although not much is confirmed, they will be moving to a Post-HL2 Roleplay setting, staged in the last corner of Union Occupation, after a long, successful uprising. The main premise will be set around a recently liberated Resistance group, helping with the final push. Combine Control will explore rural, coastal, and even urban settings. There is also a possibility to have events set in the final urban centres controlled by the Union.

Now that’s a weird title right haha? Gamegeared, owner of Rust Factions, is currently working on a Corn vs. Pumpkin (mini) era. They expect their PvP min maxers to zerg pumpkin for an advantage. But they won’t know until day 1 that it will affect what blueprints the know and can learn. And what items they can carry so he’s going to balance the two sides of the war by what tech they have access to. This way  both sides have a unique play style from one another. And the level of their performance is going to be affected by the players he sees piling on one side or the other. A date hasn’t been confirmed yet, so we will keep you posted!

RhysRaptor proudly announced that this summer, HarrysMod will be seeing the first “HarrysMod Awards”. This will cover the last 2 years of the server’s existence, and will see the best of each category battle it out. The following timeline will help to explain how this will play out.

Some categories will have prizes, which are to be determined as of yet. This is still in the planning stages, so what follows this will change.

RhysRaptor wants people to suggest categories that could be added, as he hopes for there to be more at the end than what he currently has.

As you might have noticed Blizzard has sent out the first wave of invites for its closed beta of Classic WoW (We are still waiting Blizzard!). Obviously some of the lead advocates of Classic Wow have been working overtime on Twitch including two of our featured streamers Esfand & TipsOut. Where Esfand (obviously) plays Alliance (Paladin), TipsOut rolled Horde, like any good player should (shots fired?).

Madseasonshow part of the no beta club, really?!

Oddly enough, content creators such as Madseasonshow and Frostadamus haven’t gotten access to the beta yet. Really strange if you ask me since they puts so much work into their classic videos and reach out to a wide audience on Youtube. Shame on you Blizzard!

Also, if you could include us, that would be great 😉