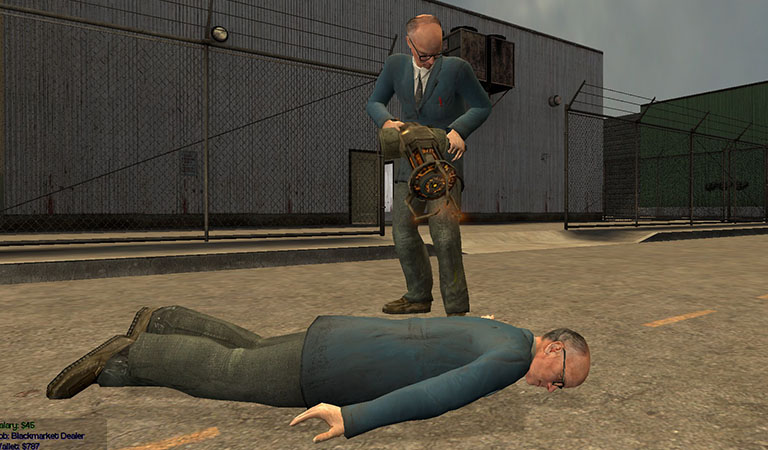 One of the most essential parts of video games and game servers are the economy, the question of; What does the player do, what is their objective, what will the outcome of completing that objective be?

In nearly all MMOs the player’s objective is to complete quests for XP and a currency to earn higher tier weapons, earn skill points to upgrade their character. How do we turn a sandbox game server into an MMORPG type game? First you will have to answer these questions.

What is your currency worth?

Your currency is defined by how the players earn the money and how much things cost within the virtual world. For example, if a player can earn around 10 gold, for a 50 minute quest. But a low level weapon that is mandatory costs 4000 gold, then it’s not going to really work. You need to decide how much money should be earned every hour of playtime and item prices should align to the worth of the item.

How do the players earn money?

Traditionally in many different video games, they give the player rewards for furthering the storyline, be it through simple fetch quests or the boring protect the dumb NPC quest.

In game servers, the world is a little bit less focused on the massive storyline, more so being within that world or playing as a character. As is with Garry’s Mod DarkRP gamemode, a city life roleplay mod. The player earns money through printing money, selling weapons or drugs, but each method is time consuming and risky. The player must build a secure base, have costly weapons to defend it, purchase money printers and possible upgrades.

Money In, Money Out

When setting up a video game economy, there needs to be a way to earn money and a way to spend it. The objective shouldn’t simply be ‘Earn the most money!’. You want the player to keep coming back, if they are infinitely rich the player won’t have much incentive to keep playing. Releasing regular content updates and money sinks that will force players to invest time.

In Grand Theft Auto V: GTA Online, they have designed it so that the player will have new fun ways to make more money, and better vehicles and weapons to spend all your money on. It keeps the players coming back for the cool vehicles, dreaming of riding around in their new fancy car, a way to keep the player playing through making money. It’s a cycle. Player earns money through missions, uses money on new vehicles and apartments, gets bored, comes back again for new update and it continues again and again. This is why GTA Online is still alive after 4 years, and it’s why Rockstar are afraid of modding their game to create a competitor with GTA Online.

One of the challenges of balancing a virtual economy is making sure the players are not earning more than they are spending. MIMO allows for room for future inflation, if a quest comes out that wasn’t properly calculated and players are now earning 10x what they should be, you can release a new content update to sink all their excessive gold into.

Calculate how long it should take for the end game

The main part of economy design is figuring out how much it should take you to finish the game, as in many MMOs it can be based more so upon levels or gold, or both. It shouldn’t take an hour to get to endgame. The goal of a developer is to keep the players playing, and to get them to come back when they stop playing. MMOs are naturally grindy in nature because they want the players to keep playing and when they get bored or want to speed something up, they pay real world money.

You should be thinking, when the player comes to the halfway point how long should that take them? 1 hour? 12 hours? 100 hours? A shorter grind will mean more work and more content updates to keep them interested.

The Pay to Win model is popular in free to play games. It is where the player starts the game with some premium currency and the normal currency, they are doing fine with what they have so far but as they progress and become more dedicated to the game, they start to have different time limits or item prices are too high for them to even get unless they spend tons of time playing that no sane person can do.

This is where the premium currency becomes important, in games like Clash of Clans or APB: Reloaded. You can use real world money to advance yourself against free to play players. These games have become less about people having some fun, instead they see their players as cash cows they can keep milking until they are dry and newly born players keep coming so it doesn’t matter, they got all they want. I don’t recommend this model.

This model is similar to Pay to Win but it is less about making them stronger than other players, but for small things like I would rather pay real world money to get a horse that is faster than others, or get a horse a few hours earlier than you should. It doesn’t make a massive impact on gameplay, it just cuts down the time spent walking instead, an example of this model being used in Elder Scrolls Online

This is one of my personal favourite ways for developers to earn their keep. Instead of restricting content or making the game harder for free players, instead it’s just about the cool looks of their character. Examples of this in games like Smite and League of Legends. You can buy different skins, voice packs that aren’t going to influence gameplay in any way.

A content wall is restricting some content away from free to play players, which doesn’t necessarily make the game ‘free’. Examples of this in RuneScape or World of Warcraft, you can play for free earning levels for a while and then you will have to pay money for membership to play the later level content. The free to play part almost acts as a demo of the game.

Some games can successfully combine several of these models into one like in Elder Scrolls Online. They have made it so you have to buy the game but you have the option to pay monthly for DLC, or outright just purchase the DLC, also having the availability of a cosmetic store with cases just like Counter Strike: Global Offensive, and you can pay for convenience for a horse to speed up your travels. It works, all the ways for the players to pay them don’t directly influence the game’s economy or gameplay (much).

Why it is bad to restrict content in game servers

In the game server community, if you restrict the games content too much it can end in your players migrating to another server that is cheaper, less restricting, or even completely free. Unless you bring something truly unique to the table, there is no say in if your players will stay. I’ve seen it time and time again.

When another easier and more fun alternative comes along, your players will switch. Even if your community is more professional or better developed, none of that will matter if your players are not being treated fairly.