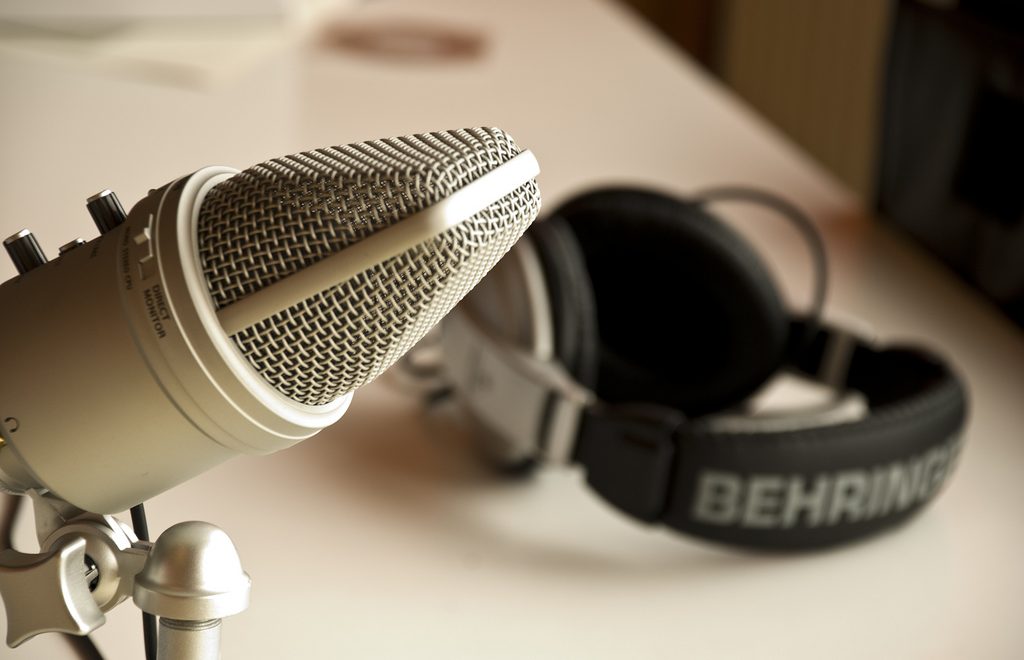 However, that low threshold to get in the game is both a benefit and a detriment to any plans a starry eyed, prospective podcaster may have of becoming an audio superstar.

I first podcasted myself back in 2008.  Granted, I often did it drunk back then, and some may joke that my sound remains similar to this day, however I somehow managed to figure a lot of things out on my own and by way of simple research.  This first exposure to the world of podcasting, with the aptly titled show ‘This Is It?’, opened the door to a love of audio production that continues to this day, as I now host, edit and produce a couple of (what I would like to think of as) moderately successful podcasts, ‘The Sinner Files’, and ‘Countdown To Classic’.

For the purpose of this article, I’ll focus a little more on Countdown To Classic and give a few tips for anyone looking to perhaps start their own audio adventures.

I had wanted to start a gaming podcast for the longest time.  However, I couldn’t work out exactly what corner I could stake my claim on that no-one else was already doing a perfect job with.  On top of that, I was a bit gun shy in that, whilst I was an avid gamer, the amount of nous I had with talking shop when it came to gaming was a little limited as I was more of a casual, rather than hardcore, gamer (given that I gamed for less than 10 hours per week these days!).

But, luckily for me, when Blizzard Entertainment announced Classic servers for World of Warcraft in November of 2017, I had my eureka moment and the proverbial exclamation point appeared above my head.  I loved WoW. I had stopped playing years ago but I never stopped following the game and I was particularly interested in the announced Classic servers.

And thus Countdown To Classic was born.  Three months into the life cycle of the show, I was hitting 10,000+ downloads per week, thanks to a little bit of generic industry know how, a lot of help from fans and a metric tonne of blood, sweat and tears.

So, how did I go about this? By going through the following steps, that every prospective podcaster, gaming or not, should wrap their heads around before starting out:

This doesn’t just involve picking a subject matter. Once you know what you’ll be covering, work out how you’ll be covering it What will your format be and how can you stand out from the crowd? Others will likely be talking about the same thing you are.  Be different in some way, no matter how small. Don’t aim to copy others, aim to have others copying you.

Have the show fit your skill set. As I mentioned earlier, I’m not the world’s most knowledgeable gamer. But I’m passionate about the industry. And I am super passionate about WoW. Luckily, I can also talk to people, am inquisitive and am a heck of a researcher. I’m also a criminal prosecutor in my day to day job, so I can ask a question or two! Thus, I based Countdown To Classic around interviews with community figures, where I could poke, prod and gently push in a way that perhaps others couldn’t in their interviews, and also take the time to research alternating arguments on certain points about the game. I noticed that this was something others weren’t doing, due to people generally flying the flag of an argument that they’re passionate about. As a gun for hire, I knew I could be good at arguing against myself effectively, and decided to bring that to the table. Figure out your skill set and adapt the show to it, rather than making it like other shows you’ve heard that may venture outside of your realm of comfort.

All The Gear, With An Idea

Research some solid equipment.  You don’t need to break the bank to have a great sound. It’s tempting to spend nothing on your show and go the freebie route, but if you’re remotely serious about pursuing this hobby, which could turn into a career, then start by sounding serious.  Don’t be the person recording themselves in their car on the way to work. No matter what amazing and mind blowing things you may be saying, no one will be able to escape the fact that you’ll sound like you’re saying it from the moon. Whereas listeners will be more likely to accept a lot of what you say, if you sound super crisp whilst saying it.  You can get great microphones from $50-99 and satisfactory beginner level mixers (if you need one initially) for $100-150. Save up to splurge $150 on your new hobby and you’ll feel and sound more confident about what you’re saying. I still regularly use a $60 microphone that I love like an old pair of jeans!

Once you know your format, figure out how to put a pretty dress on it.  Read guides or watch videos on YouTube about getting lightly familiar with programs like Audacity (which I can’t recommend enough).  Figure out how to use starter level editing options to even further improve the audio quality of your recordings. Then, look into including audio drops and sound effects in your show.  Providing audio cues for the start and end of segments of your podcast is a great way to guide your listener through the journey of what you’re telling them, differentiate yourself from the crowd and provide a comforting sense of familiarity with regular listeners – again, slipping into your show like an old pair of jeans!

The Hostess With The Mostess

Your personality on the show should project the subject matter, more often than not this means you should BE CHIRPY!! Now this is dependant on the tone of your show, and I wouldn’t recommend this for a true crime serial – but smile during your podcast.  As silly as it may seem at times, doing this from time to time through your recordings whilst speaking up really projects to the listener that you WANT to be there and that you’re having a great time. This usually makes listeners want to have a bit of fun with you too and come along for the ride.  Speaking in monotone and sounding like you’re giving a eulogy is a fast way to lose listners – unless that directly fits the subject and or tone of your show!

You’ll have to pick a podcast hosting service, this is something that you’ll usually need to fork over just a little bit of money for per month for an automated management of your RSS feed for when you add new episodes.  You can do this manually for free, and store and host your podcasts somewhere yourself, but I don’t recommend it. As little as $5 a month can get you what you need, with sites such as Libsyn, Blubrry, Podbean and Soundcloud all ready willing and able to offer you their services.  Look into what’s best for you and sign up!

Now that you’ve got your distributor all set up, time to sort out the places you’ll be sending your hot new show out to! Sign up to a number of podcast directories, with the big guns being iTunes, Spotify, Google Play Music, Stitcher etc.  Get on as many of the bigger directories you can find, it’s far easier than you probably think it is, you simply go through a one page forwarding process on most of the major sites and a couple of days later you should have approval and be listed. Have a couple of episodes of your new show ready to go when that happens, so people can check out more than one offering of what you’ve got!

Spreading the word and collecting your target audience is the tough part.  The quality of your show will go a long way to gathering listeners over time, so work on what you can control there.  Outside of that, the usual suspects like Twitter, Instagram, Discord, forums etc will allow you to get the gospel out there.  Most importantly though – engage with your fans. Take the time to speak to the people that listen to your show and show them some love.  Believe me, they will return it in kind by telling friends and family to give your stuff a listen.

So those are the basics.  But I should end on this note – don’t be discouraged by any of the following things: lack of personality, lack of knowledge, lack of equipment, lack of funds, lack of know how, lack of listeners.  These can ALL be overcome in certain ways, and more often than not, you’ll only be held back by your own creativity and willingness to try new things.

Every Tom, Dick and Harry (including me!) has a podcast these days, and new ones are literally being created every minute worldwide.  Stand out from the crowd and don’t be overly generic. Pick a super niche topic or talk about a generic topic in a super niche way that’s absolutely never been done before!  Being a unique snowflake matters as opposed to being just another person with a microphone talking movies/games/news/life.

Your sound, content and enthusiasm for what you’re talking about will drive the success of your podcast.  If you put forward fun chat, which comes through crystal clear to the listener, then you will build an audience with effort.


It all just starts with an idea!