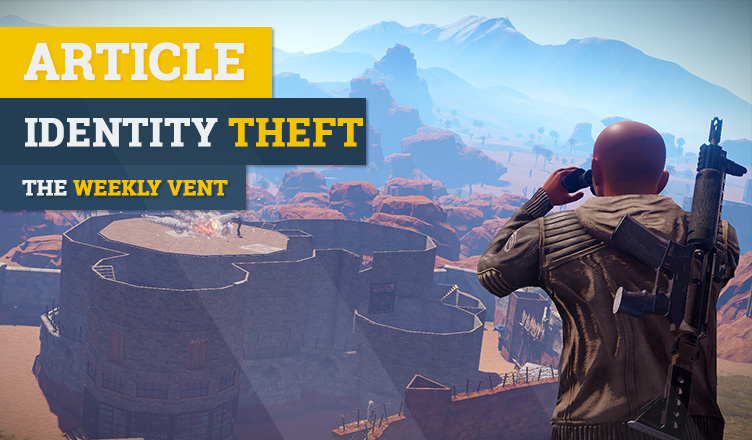 It’s time for another WeeklyTM Vent (no idea why it has the word weekly in the name), this time we will be talking about Identity theft. Earlier today when I was browsing my Twitter feed (@AngryMobTweet) I came across the following tweet by @RaidGrounds which owns the Lone Survivors Rust servers:


@IAmHolmzy A fake server has been leeching off our name and stole over 100 players last wipe! Anything you can do to help? pic.twitter.com/eEqSKmW8ER

Apparently, someone is pretending to be the Lone Survivors (LS) server right after the server wipe (26-10) which caused a significant drop in player numbers on the actual LS server (a loss of over 100 players!). Wauw.. I know right? Unfortunately this scumbag move is not something new and has happend to us in the past aswell. The reason why some people peform these kind of dirty tactics can have several reasons:

Much like rebooting old communities (check out a previously published vent about this subject here), this is way to leech of the communities name and its playerbase. Although you might succeed for a short while, this is always destined to fail on the long term.

This specific scenario has happend to us in the past. Here a server uses your name and starts a smear campaign within their server. Although your community is quick to call it bullshit, it might influence new players by creating a bias towards your community.

Although this probably has a very low chance of succeding, a server might use your name and fart out “new donation kits” for its players. Much like the slandering scenario, your community will be quick to call bullshit.

So how do you fight this? I know some of you are thinking of unleashing an IPstresser on the scammers server but trust me, that is not the way to go, it never is. There isn’t much you can do besides communicating with your players (via every platform). Don’t lower yourself to the scammers level and provide a properly written statement like the one above posted by Raidgrounds and wait for the players to flock back, because they will.

If you are a LS player or if you know someone who plays on LS please help and spread the word. As stated in Raidground’s tweet “it would be a shame to lose momentum because of an out of the blue fake