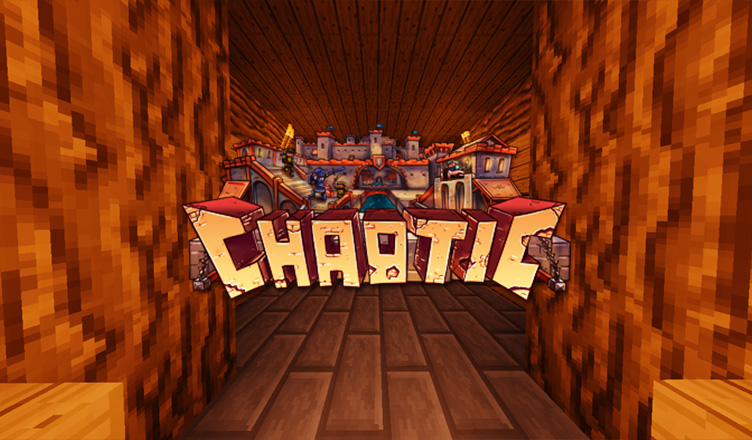 We had a chat with Andrew “OwningProdMC”, he is the owner of the Minecraft community Chaotic Prison. Throughout his time in the Minecraft community he made a profound impression which he was able to gain experience in business ranging from Marketing (which became his major in college) to developing necessary communication and interpersonal skills.
Chaotic is a “strong” community-based server which strives on meeting the demands of the players. They have created unique ideas which bring prison to a whole new playing field.

Thanks for doing this interview with us, How are you doing?

I’m doing great. How about yourself?

I am doing fine myself, thanks for asking!. How and when did you start the ChaoticPrison community?

It all started in 2013, this is when I joined a prison server, I loved the concept/idea of prison and I noticed that they had a ton of players for not the highest quality server. Here is when I had a revelation, “I could do better”. Although creating servers for some can take ages, I was able to make Chaotic in under three days with the help of a few friends and it became an instant success. I believe the concept of making a server is pretty basic, it’s more about knowing how to stand out, etc.

For the ones who are not familiar with the prison gamemode (including me), What kind of gamemode is it?

From the start you begin to mine until you eventually are about to rank up high enough. Then you get access to build on plots. The goal of the server is to become “Free”, from the prison. Not all servers include this feature (including chaotic), but it’s the fun of levelling up, playing mini games, and just trading and interacting (possibly buying rares).

How can newcomers join your server? are there special steps they need to take before being able to join?

Newcomers can join through any Vanilla Minecraft launcher (if they have a minecraft account). There’s no special steps one should take to join. When you are logged in then it’s suggested that you vote for rewards, by doing this you can speed up levelling through the first few ranks.

When it comes to you and your staff team, how is the hierarchy setup and what are the tasks for each rank?

Staff is a huge part of Chaotic, and to be completely honest they are the reason Chaotic’s held up so long. Personally I do all the back-end/plug-in stuff. Admins are in charge of giving certain donor perks, tending to higher issues players may have, and they are a primary source to report any large bugs. Head Moderator’s support admins in those efforts. Moderators are able to ban/tempban/give high ranks there nicknames. Lastly Trial/Helpers take care of any small chat stuff that may come up.

How is the process of recruiting new recruits within your community and what are the requirements?

To recruit new staff, when we are in need of new members; we first view the staff applications which are located on our website, after this we take the best applications and interview them (preferably through a voice conference), after we select who is capable of doing well in the position. The last big parts are game activity, as well as, interaction with other players.

When I was looking on your forums I saw something about Events. Are those special events?

Through every reset (which is when we restart everyone back to A which is the first rank) we host many different types of events to release rares, and to keep the community alive. Some examples of events are drop parties, mine parties, hide and seeks, skin competitions, and free for all. We also try to have events for the main holidays every year which almost no other servers do.

In my eyes starting a minecraft community is rough in the beginning since Minecraft doesn’t have an in-game server browser, how did you attract new players when you were starting out?

Although it’s not a browser game, most all players who play already have minecraft downloaded, so it’s really just the matter of adding the server to server lists, buying advertisements, and keep up with updates. It is now much harder for newer servers with lower budgets.

Speaking of the minecraft community, how is it doing in 2017?

It really depends on your point of view. You could say it’s “Toxic”, but I believe that’s most all games in 2017. On my server we have strict rules that restrict anything that would offend a race/sexual presence, etc. So Chaotic is a pretty safe environment, but I do know there’s others that are not.

Do you guys use custom made plug-ins? if so, do you program them yourself or do you have a separate developer for that task?

It’s hard for me because I do have trust issues with hiring developers. But I am able to make a lot of use out of certain plugins which are highly configurable to be able to make new content for the players that’s really unique (no other servers have).

I must say that I really like the artwork you have, did you make it yourself?

The artwork I use on my website is made by a few people I am close with in the graphics community. I’m actually the creator of the graphics group chat for the minecraft community which that has been active for years. But in terms of banners I make all of the ones for chaotic. I also make banners for many of the other popular servers in the community, which with that interaction with other owners I believe it’s helped me continue on chaotic through the success I have gained.

What are some of your fondest memories of events that occurred within the community?

When I would near 300 players on at one time for a drop party event and due to everyone being in one place at the same time the server would crash out and everyone would be freaking out. It was a great time looking back even though in my position it might of been stressful.

Like every other owner you must have had periods where you motivation was lower than usual, how did you manage that?

Once I was very demotivated because I felt the community completely turned toxic and that was not ever the goal of my community, but after some time I came back to turn it around. Although I still feel there’s that part of the community, with the right management it won’t be seen.

what’s next for the ChaoticPrison community, anything special planned?

Nothing huge is planned, Chaotic has gotten more updates overtime and while I will continue to maintain it, there’s not too much more I could do besides expanding some plug ins, swapping out builds, and just listening to players suggestions. Networks are a huge part of minecraft, but Chaotic will always stay a single server for as long as it lives.

Besides Minecraft, do you play any other games?

I am in college now, to be honest I do not have time for this. But when I do manage to get some time I enjoy League of Legends, and Old-school Runescape.

Finally, are there any tips you want to give to other (new) communities? be it Minecraft or just in general

My general tips are to stand out, think of ideas nobody thought of before because if they are good then you’ll make it in whatever you do if you know what you’re doing. Don’t give up, it may take longer than you think, but it’ll work out in the end if it’s meant to.