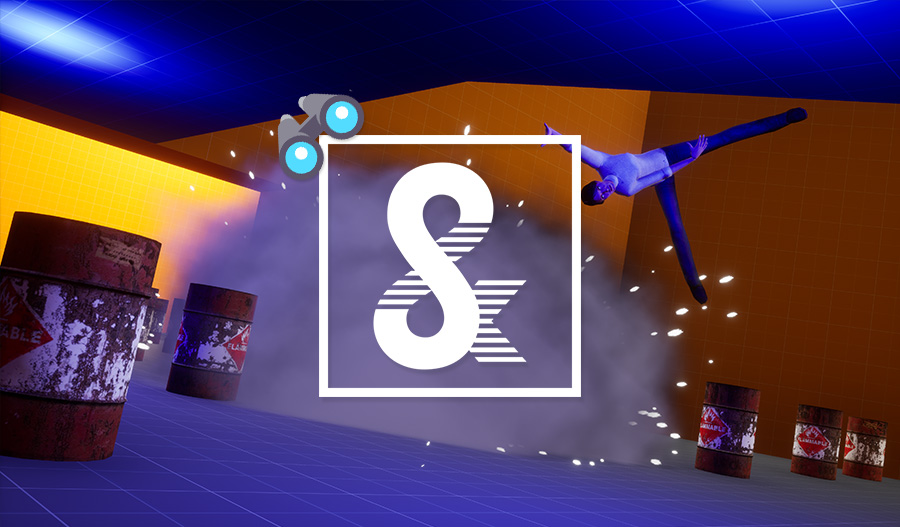 Garry’s Mod holds a special place in my heart. This was the first game where I truly started getting involved with communities (r.i.p. Ventmob). Besides that, Garry’s Mod is the game I still play on a regular base after all these years (I started playing during Gmod 9). All the reason to get excited for its spiritual successor S&box! Facepunch Studios, also know for their game Rust, started this project over two years ago and still resides in the “prototyping” state. With a steady flow of new commits to the project, we hope TO GOD it doesn’t end up on the infamous graveyard of Facepunch Studios.

Good question. Since much is unknown about the actual game, the best way to describe it is by copy pasting the first line of Garry’s Mod’s description and replacing the title of the game. “S&box is a physics sandbox. There aren’t any predefined aims or goals. We give you the tools and leave you to play”.

Unlike Garry’s Mod, S&box is currently running on the Unreal 4 engine instead of Source. Their intention is to build a hotloading C# on top of it with the idea of never having to touch C# and allow for real-time compiling & developing.

Now I hear you thinking “uhm.. okay? What has this to do with the actual game?”, hear me out. Besides the native deathmatch and sandbox gamemodes, the game will much like Garry’s Mod, be filled with gamemodes created by the community. Think DarkRP and TTT for instance. By making it easier for developers to create community content, you can expect totally new gamemodes, add-ons and an overall increase in the replay value of the game.

What S&box can mean for both you and your community is an easy one. Hours, days, weeks, months and years of fun. Be it roleplay, deathmatch or something totally new, we are confident S&box will be the game that gives your community a big boost. One thing is sure, the community is eager to get their hands on S&box. On Facepunch’s Discord we found the user Sporeo who printed some S&box T-shirts.

S&box on Steam or Epic launcher?

Seeing S&box uses the Unreal engine and Epic being more generous towards the developers, it’s likely S&box will get released on the Epic launcher. On the other hand you have Steam and its workshop, one of the driving forces of Garry’s Mod and Rust.

Now this might be an interesting topic which most likely will get a follow up article once more news gets revealed. For now it’s way too early to speculate on subjects like these. The main goals now is to get the game functioning and far away from that damn graveyard!

First of all, I am not a developer, so whatever I am going to spur out now might to total BS. If so, let me know and I will .. don’t know.. agree with you? GarryWare, TTT and Deathrun, just to name a few. All of these gamemodes were created using the Fretta framework which broke during the (infamous) release of Gmod 13. To tell you the truth, I never knew Fretta was a framework. I only remembered playing on these Fretta servers which were running all kinds of fun mini-games. Whatever it was, I would love to see it returning.

Btw, what was that 2D side scrolling gamemode which required you to use boxes and climb to a certain point. Does anyone know?

Where is my (mini) golf gamemode?

For years now we have been looking for a turn based (mini) golf gamemode in Garry’s Mod. Take golfing from GTA5 as an example. This form of golfing is much more enjoyable with friends then lets say, Golf With Your Friends for instance. In our opinion, the turn base aspect of the game makes it more enjoyable when you make a good swing and when your friend messes up. I would love to see simple (?) gamemodes like this being added in S&box!

For a while, our good friends TJjokerR (development) & Elkinda (mapping) have put in the effort into making a start on this project. Unfortunately, lack of time and motivation ended this. Hell, I even tried to help out with creating a simple menu. Then again, I am NOT a developer. So I think I broke it.

Since the game is still in the prototyping state, a release date is far from announced. Keep an eye on their blog (which could use a new Devblog), subscribe to their mailing list and join their Discord which gets a steady flow of screenshots and videos.

When there is more information available we will be sure to write a follow up article with hopefully more content.

The next “Keep an eye on” will be on Hytale by Hypixel Studios.