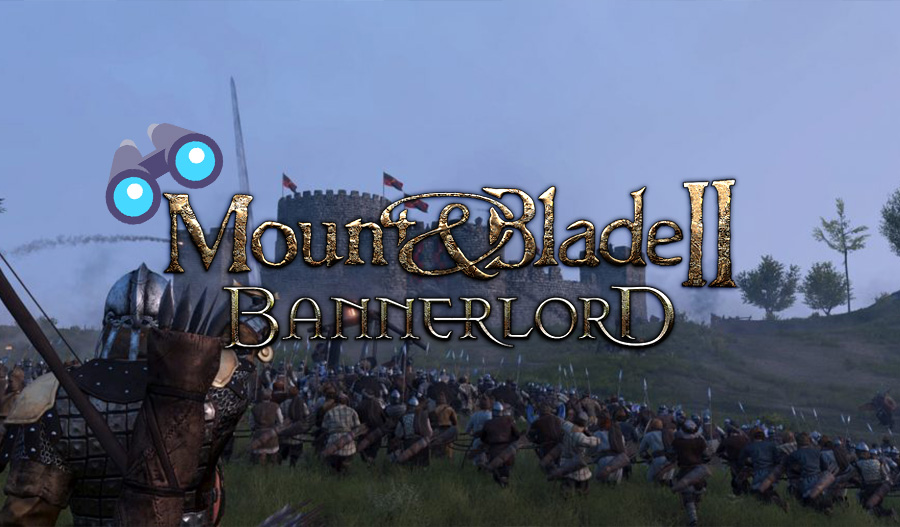 During these dark days of games being built around matchmaking systems, its rough to find the right game for you and your community. Finding games that support dedicated servers has become a task of its own it seems. With this new series called “Keep an eye on:” we like to introduce some (upcoming) games/updates with great potential for your community. First up is the long awaited Mount & Blade: Bannerlord.

Bannerlord, the next installment in the Mount & Blade (M&B) franchise follows up the “acclaimed” medieval combat simulator and role-playing game Mount & Blade: Warband. The game will expand both the detailed fighting system and the world of Calradia. Bombard mountain fastnesses with siege engines, establish secret criminal empires in the back alleys of cities, or charge into the thick of chaotic battles in your quest for power. The game mixes RPG, strategy and combat elements within an ever interesting sandbox world.

Now that we have briefly explained (and copy pasted some) information regarding the game itself, it’s time to actually talk about what’s important. The multiplayer!

Elephant in the room

Before we do so we need to address something real quick. While this game has been in the works for many years now, a release date is still missing. The team over at Tale Worlds (developers of the game) do update the community on a weekly basis with their blog posts. If you can handle the infinite comments asking/demanding a release date, then strongly I advise you to check these posts out since they provide a lot of information regarding the game and its development.

Looking at its predecessor M&B Warband, its safe to say Bannerlord will support dedicated servers (edit: confirmed) and will give new life to many communities already active within M&B and of course spawn new ones.

Ranging from servers hosting 200 slots team deathmatch games, one on one duals to big roleplay servers such as Calradia Roleplay, this game will most likely contain all the ingredients for a great adventure! All of this has been made possible by mod support and creative community management.

It has been confirmed that Bannerlord will support mods. Great news for all communities! We are glad to see Tale Worlds shares the same opinion as us that enabling both dedicated servers and mod support extends the gameplay and replay value of the game.

If you are interested in modding for Bannerlord, be sure to brush off your C# skills since that’s the scripting language that is being used. By having to option/ability to create custom content for your community you will be having a massive advantage for when the game goes live. If you are “one of the early ones” by having a unique server, you are destined to have success.

Personally I am hoping for a new version of Persistent World, one of my favorite multiplayer mods ever (GO STARKS!).

With Bannerlord having both dedicated server and mod support the game is sure to have a couple of big roleplay servers. We already know Calradia Roleplay is going to have a strong presence in the game and can’t wait to get started.

Of course we will have to wait and see how the game evolves and how extensive the mod support will be.

Sometimes it feels like Mount & Blade : Bannerlord is competing with Half-Life 3 when it comes to who will release first. I do for one respect them for taking their time to polish the game, kudos!

Here is to hoping we get a release date/demo/early access or hell, even a full release in 2019! Until then we have to make due with comments like this:

The next “Keep an eye on” will be on S&ndbox (a.k.a. Garry’s Mod 2) by Facepunch Studios. Stay tuned!