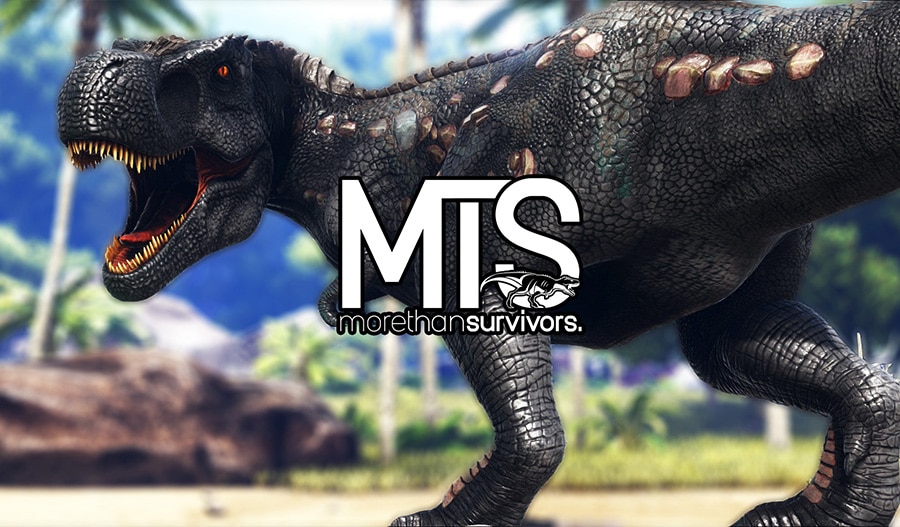 Once in a while you come across one of those games which for some reason you’ve never played but always wanted to try out. For me that that’s Ark. While I was snooping around on the state of the game and its communities, I came across MTS Ark. After doing a bit of research I had a new goal. Get these guys featured on the website! MTS Ark has been crawling up the ranks on various server voting websites and seems to be expanding on a daily basis. Something that seems to get harder once the game itself matures. I was lucky enough to snatch Hamilton, owner of MTS Ark for a quick chat about his journey with MTS Ark.

Hey Hamilton, cheers for doing this interview with us. First of, how are things going?

Thank you for having me, things are going great. Better than I ever imagined and I’m excited for the future ahead.

What can you tell us about yourself and MTS Ark?

My name is Jay “Hamilton” and I live in the south of England and work full time as a Activity Professional in local schools. An avid survival game fan – back in February 2018 I started MTSArk just to mess around on a small single server with myself and a few buddies as I knew official servers were no fun for me, when I started the server I never expected it to grow to where it is today. When I look back at it, it’s pretty crazy how far we’ve come and I’m extremely proud of the work we have done.

Did you have any community experience prior to MTS Ark?

I have always been apart of communities in many different games such as GW2, & ArmA. I’ve held a few roles in each however in terms of running a community my only prior experience was with a old ArmA 2: DayZ Mod community I created and used to run called Clan Warfare, quite a similar story to this one. Started as nothing and it grew into one of the most popular servers on the game.

MTS Ark currently has five servers up and running. Real quick, what’s the difference between them?

Not a lot in all honesty, we try to keep things consistent from each of our servers as we have a working formula. The only real difference being the map giving our players the ultimate variety in terms of the things the game offers. We are expecting to release the final map “Scorched Earth” to our server cluster soon..

With all of those server you and your moderation team must have their hands full at times. What can you tell me about the way your staff team operates?

It’s pretty surreal. Full time 24/7 365 days a year we operate. Sometimes it becomes like a 2nd job, I have and have always had great people who help me as I truly couldn’t do it all on my own – I’ll go insane! We have a integrated ticket system on our discord which works well however we are always trying to find ways to improve for our players. Main thing is we try to be consistent with everybody.

Are players able to become staff within MTS Ark?

Currently there are only 2 of us administrating the community of nearly 3000 members so we recently opened staff applications and we’re going through them all now. We expect to announce some new staff in the future. We are always looking for help.

I noticed you have a lottery within your community. What can you tell us about that?

On our servers players earn a certain amount of points they are online, rewarding our most loyal players with these points they can buy certain things in a shop we have such a taming food and dino paints, nothing in our shop is considered “Overpowered” or “Pay to win” which is a common trend in Ark unofficial unfortunately, and we steer clear of this which our players appreciate. I truly believe that is one of the biggest reasons for our success is the balance we have when it comes to PvP. We also offer a daily discord lottery where players can guess a number between 1-1000 and win some unique stuff, just as a extra – as people like the feeling of winning stuff!

Any plans for expanding the community? Be it, within Ark or a new adventure within a different game (server).

Currently we only have visions for Ark and the sky’s the limit, it’s such a unique game and we all love it and it can be addicting – there is no other game that compares for me on a personal level and even though it would be nice to branch out into new genres or titles I don’t think it’s realistic at this given stage, we are very content.

Besides the MTS Ark Discord, do you have any other platforms you use within your community?

We are working on a website which will soon be avaliable

Do you guys use any addons/plugins on your server? If so, are these from third parties, or custom developed?

Yeah, we offer a collection of plugins and addons. Some are public plugins and others are paid for made by some talented developers. Notable addons we feature include lottery, ArkShop, Weekend Rates, Vote Rewards and All Engrams.

Of you five servers, which one would you recommend for new players (like myself) and why?

Well my number one recommendation would be stay away from Ragnarok, it’s the most popular map by far and you will struggle to get going here as I believe the server is pretty brutal when it comes to PvP especially as a new players. I would recommend starting out on the Island or Center, or even Aberration if you have the knowledge of the map. Build small and stay hidden until you are confident enough to gradually expose yourself and expand! That’s my advice. It’s kill or be killed here, that’s why people find it so fun.

Looking back, what are some of your (personal) highlights with your community?

There’s been a lot of highs and a lot of lows in the 20 months since we started. I remember when we first started and we reached 10 players on the first day I was absolutely buzzing and now my cluster features over 250 people per day and 1000s in the first week on our wipe launches. My number one highlight would probably be the support of well known content creators in the game when it came to our latest season. They genuinely were impressed with what we were trying to create and there is a universal feeling the developers could do more to improve the game we are all so passionate about and it’s what we are trying to eradicate here and they fully engaged and and spoke about us in videos, posts and joined the community and I’m grateful for their support. But, logging in every day and interacting with people who are apart of your community and servers you created is something I really enjoy, that is the highlight for me.

As always, do you have any tips for other (starting) communities out there?

First of all, be committed, offer something unique and erase any ego you may have. Understand what players want and listen to everyone’s opinions and all decisions you make are in the best interests of making their experiences more enjoyable. You will have to put in a lot of work and have some sleepless nights, but in the end. It’s totally worth it. Seeing a community you’ve created from nothing grow into something. It’s fantastic.