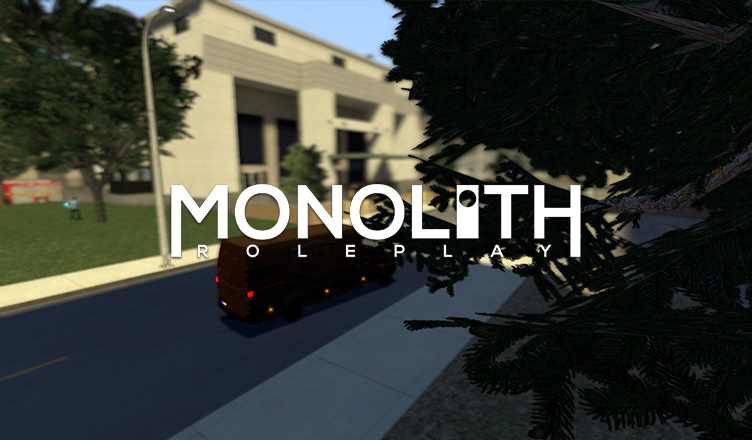 Besides interviewing new communities we will also be going back to communities we had a chat with in the past to see what they have been doing over the last couple of months. Today I had a chat with Gurrazor from Thriving Ventures who owns Monolith Servers and Server Guard who I previously interviewed on May this year. Let’s see how he and his projects are doing shall we? If you haven’t read the previous interview click here to do so.

Hey Gurrazor! nice talking to you once more, how are things?

Hey! Nice to be back, things are rolling on well I’d say. There are plenty of stimulating work and projects at hand!

Let’s start off with Monolith shall we? Since we spoke last time your player count has increased significantly (Congratulations!), what happened in between?

It’s quite amazing to think that only some months have passed since our last conversation when looking at Monolith’s journey. To be honest, things looked more and more grim after our interview, with a declining player count, gamemode issues and poor morale – and this was after significant funds and effort had already been put towards the project. We refused to give up however, and pushed forward with a big update, renewed marketing, and an all-out effort to bring the project to success. Not only did it work, it exceeded all expectations and suddenly we found ourselves with two full 100 slot servers.

We rapidly had to scale up our community and staff team to accommodate for all these new players in every single time-zone. In the middle of that effort, we began being intensively targeted by various malicious attacks and attempts to breach/hack us and our developers. It was very tough on every level, but in the end, we pulled through and took appropriate action to fend the attacks off. Things have now stabilised completely, our team is extensive and we hope to gradually grow to new heights. The gamemode itself has been revamped in major ways and we’re constantly seeking to improve and extend it. For us involved in the project, this time period has been characterised by many hard sleepless nights, stress and anxiety, and long meetings with important decisions – but we’re glad we never gave up and proud of our collective achievement.

The current objective is rather clear to us, and that is to make Monolith the most popular server in Garry’s Mod and build a massive community around it

Do you have any plans to maintain the current momentum of success?

In short, by not getting too comfortable with the status quo. Yes, we are doing quite well, but there is still plenty of room for improvements and growth. One thing we’re working very hard towards is being able to increase the server slots to 128. There are multiple efforts underway as we speak to make that goal achievable. Ideas and new features for the gamemode are also being made reality and we see great potential for taking our game experience further. The current objective is rather clear to us, and that is to make Monolith the most popular server in Garry’s Mod and build a massive community around it. Only then can we fundamentally revolutionise the highly demanded roleplay game experience in Garry’s Mod – which has been our vision since the beginning of our project.

Speaking of the gamemode, any plans for the next update?

We’ll see if this interview is published before or after the next update, but at the moment we’re looking to bring about some warranted fixes and a new weathermod to the server. After that, we are going to implement considerable optimisations and a whole new real-estate system. The idea is that players will be able to invest in real estate and rent it out while they are offline. There is also a factory system underway where the current appreciated resource extraction systems are going to be aligned with refinement activities in factories tied to the new real estate system. We’ll see exactly how all this will be implemented in practice, but hopefully, it’ll bring an extended experience to our gamemode that goes well with what’s already in place.

On the 28th of July your team hosted the “Ride on the wild side” event. Any plans for the next event?

You bet! We’re all very excited for Halloween and hope to arrange some cool events for that. Maybe a zombie survival one, maybe some jigsaw puzzle style event? In fact, as I’m replying to this question, a haunted-house type event is running on the server.

You have had some (big) youtubers make content on your server. How has this impacted your community and how important are these content creators nowadays in your opinion?

They’ve been very helpful and brought attention to our game experience at a time when few knew about us. I think context matters however. With our gamemode, the YouTubers were able to showcase something truly new and refreshing to a large audience that responded well to how unique, extensive and interactive the game experience was. Essentially, I think YouTubers can be a powerful source of life to your community if you give them the ability to create distinctive and exciting content rarely seen elsewhere.

Besides Monolith you are also in charge of the Server Guard 2 project. How are things going with that?

It has until recently been on hold, and that’s okay. Monolith and ServerGuard 2 rely on each other, and so far Monolith has required immediate attention to make sure we let it reach its full potential. Without Monolith, ServerGuard 2 won’t have the funds or testing ground that Monolith brings. ServerGuard 2 meanwhile, will be vital for our staff team’s ability to manage and administrate the ever-growing community of Monolith effectively. ServerGuard 2 remains a critical project that we’re excited about in our team, and at the moment we’re creating new assets and resources, refining existing ones and mapping out different structural approaches.

Has the success of Monolith have an impact on your company Thriving Ventures? If so, how?

Definitely. Monolith provides critical funding to all our projects and occasionally brings in new talents that want to join our development team. It’s also a highly challenging project that you gain many important and sometimes hard lessons from – they are often applicable to all kinds of future projects. In many ways, it’s a creative hub of ideas and progress that empowers Thriving Ventures.

Over the last couple of months you have seen your community grow significantly, any tips you want to give to other (new) community owners/admins?

I think I stated how important persistence and resilience are in the last interview, and that’s really something I want to double down on. If I didn’t truly realise the value of that myself last time I said it, I certainly do now. Never ever give up – not even when everything seems to crumble and fall – and you’ll overcome and achieve what seems impossible to you.