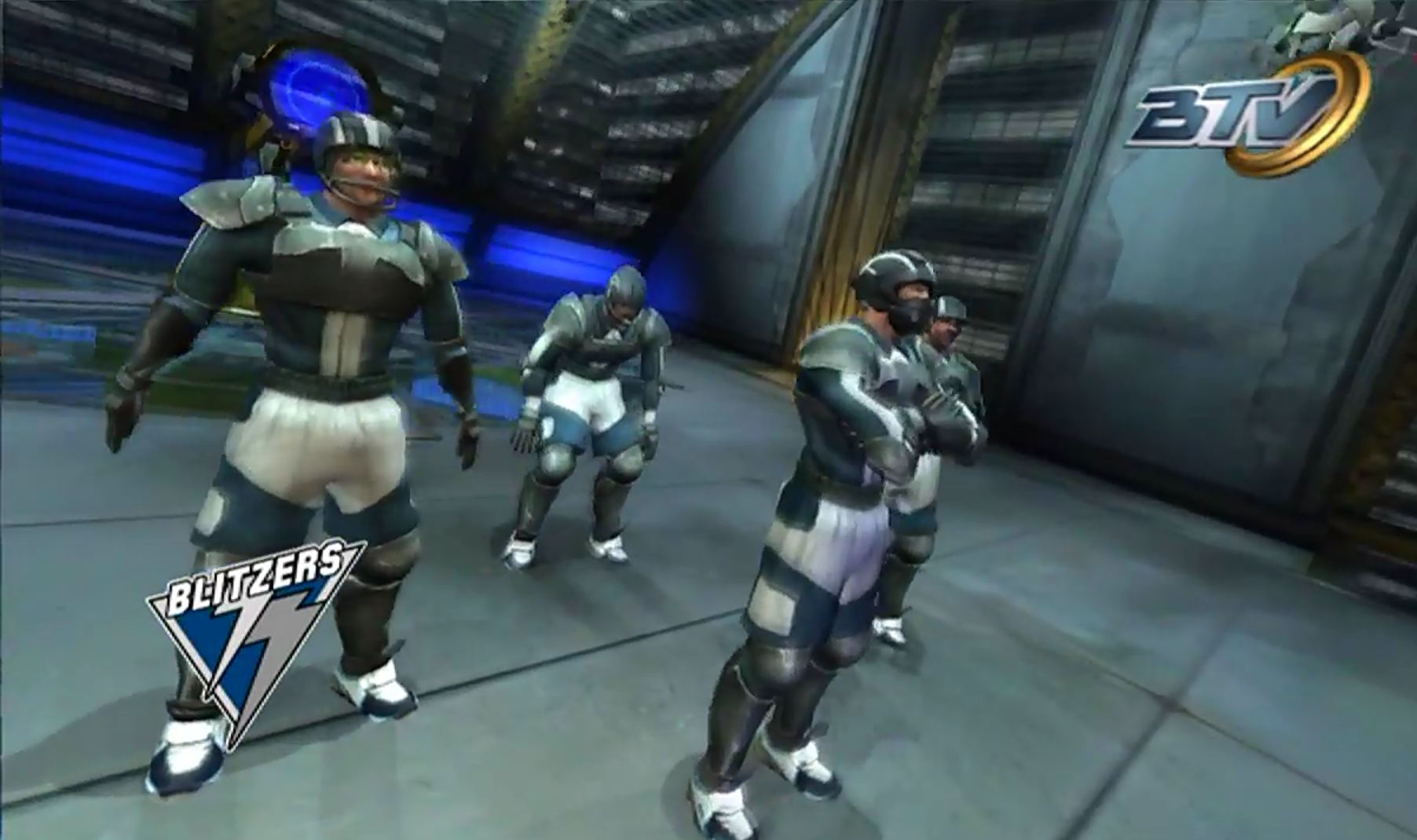 Time for something completely different. Recently, my girlfriend and I moved to a new house. While unpacking my boxes with games, dvd’s (lol) and cd’s (lol) I came across a game that has a special place in my heart, being Deathrow (OG Xbox). After hooking up the Xbox and replaying this game (it still holds up luckily) this got me thinking. What if they remade this game and publish it on multiple platforms? I think Ubisoft, or whoever has the publishing rights to this IP nowadays, might be sitting on “the next Rocket League”.

What is this Deathrow game?

Deathrow (developer: Southend Interactive, publisher: Ubisoft) is a game which got released back in October of 2002 on the original Xbox as a console exclusive.

Straight from the back of the box: Deathrow pits two teams in a no-limits, no-honor, total-aggression arena sport where only the hardest fists, the meanest moves, and the deadliest throws will get you victory. This could get ugly. Fast. Can you take the punishment?

Taken from the US copy of the game

Each match is played with two teams of four players. Every team had a clear theme with it’s matching name, logo, outfits, stats and arena. For instance, you had “The Crushers” who were basically beefy mineworkers and “The Black Dragons” who were (a**hole) ninja’s. Where The Crushers excelled in strength, The Black Dragons made up in speed. You get the picture.

I mostly played the campaign and random split-screen matches with friends. I remember many frustrating late-games in order to beat the campaign. Each team also had an aggression level which became VERY apparent in the later games. Defeating the last match against the First Blitz (I believe that was their name?) costed me a controller..

The best thing about the game is that you can either win by beating the other team in score or by KO’ing the entire enemy team. Of Course the latter was my favorite.

Besides the great and fluent gameplay, I really liked the atmosphere of the game. I got some great Running Man/Blade Runner-esc vibes while playing the game. It really felt watching a late 80’s sci-fi action movie. That reminds me I also found a copy of Fortress 2 with Christopher Lambert while unpacking the boxes. I should rewatch that later today!

The TLDR version: It’s basically two teams of four players who go head to head in a game of futuristic basketball/hockey where (brutal) fighting is allowed.

What happened to Southend Interactive?

The developers over at Southend Interactive (Malmö, Sweden), also known from the Xbox game “XIII”, closed in 2013 with its staff moving to Ubisoft’s “Massive studio” (The Division (2), Far Cry 3).

Fun fact: Deathrow was Southend’s first full release and was built on an in-house 3D engine.

How will this work nowadays?

At first glance this might look like another nostalgia trip (thanks Classic WoW). But after replaying this game multiple times and looking at it from a business perspective, it’s more than just that. In my opinion this game can be the next big hit that comes out of nowhere.

Here is how I would publish it:

Deathrow remains one my favorite games of all time and I am confident it can have success nowadays. By remaking/porting this game over to other platforms and little marketing here and there, this game is ripe for success. Be it free-to-play or a game with a fair price tag, I will be sure to jump right back in and wait for the announcer to yell : Injured, Deathrow, One Timer or KO once again.

Here’s to hoping both Massive studio and Ubisoft take notice of this article and do something with the IP!