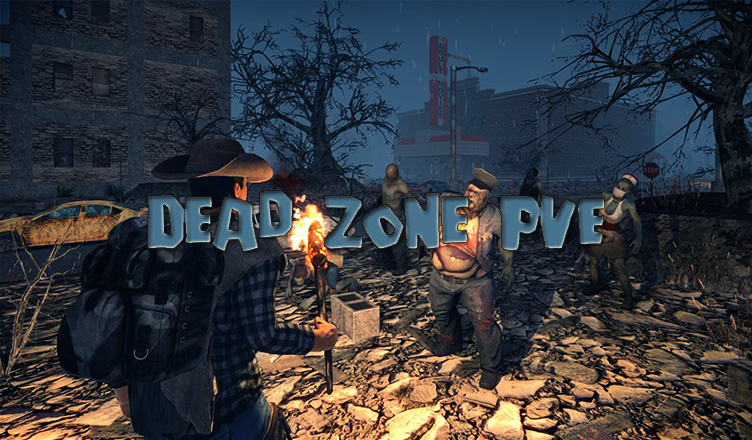 With limited rations and the sun setting we head into another interview. This time I had a chat with Robfly, owner of the 7 Days to Die (7D) based community Dead Zone PVE. This community is currently taking the #1 spot on 7daystodie-servers.com, has an active forum and interesting playstyle. A recipe for success if you ask me! I was eager to hear his story and how the community came about.

Hey Robfly! Thanks for doing this interview with us, first of all, how are you doing?

I’m great thanks for asking, How are you?

I’m doing great, thanks. How did the Dead Zone community get started?

Me and three other Admins (Chocolate Doughnut , Libby and Peach) from another server had and idea of starting our own server. We had our own ideas and wanted to try something different.

Not saying the server we were on was bad, but we were not the owner and the owner had his vision of the server and we had ours. So we decided to go with what we liked to have a server be and added to it what we each thought would make different and fun.

Did you have any experience running a community/server prior to Dead Zone?

For me I was an admin on three other servers before this one. Some failed, some are still going strong with their own communities. I still have players that have followed me from server to server. That is why we started Dead Zone PVE , for the players that like our vision on how that game is played.

Besides that, I’ve learned a lot from other Admins/Owners.

Just for the record, what’s the difference between PVE vs. a regular 7 Days to die server?

Well I can’t speak for other servers, they are all great in that we can all make our own idea of what a good server might be. I would say that we are very focused on having a community-oriented and fun experience for all players. We are trying to keep with the vision the Fun Pimps (developers of 7 Days to Die) make by having the players work together. We have a place that is safe for new players and long time players can meet up called spawn. We give starting players the option to have a hotel room they can stay in as they are building their base. We have a charity run by the players to share with new players that are just starting out. We also have an area with unlimited resources to mine for new players. Things like this might be different than other servers out there.

Do you see players roleplaying due to the PVE format? If so, how does the community respond to this?

We do not have this option, But if players want to we have let them in the past.

It’s interesting to see you working hard on setting up a friendly community environment in such a harsh world (7 Days to Die). How do you keep “order” on the server/within the community?

I have a great team of admins and moderators that work well together. We setup basic rules for players to follow that they can find on our website. Most times players had just bought the game from steam and log into our server to try it out. When they are new they always have tons of questions, not only for the game itself but also what make our server different than others. Our Admins, Moderators and seasoned players can help them survive through this journey.

Can players become staff members? If so, can you give us a short rundown on the proces?

I noticed new players are advised to install a texture pack before joining the server. What made you choose to implement custom content?

The texture pack is something that we have build up over the many Alphas that 7 days to die has gone thru. It will show a icons for any idea we came up with that is not in the game. Like Legendary weapons that I just added to the server for instance. They range from new blocks to new weapons and even foods found in the real world.

It makes it easier for a player to see an icon of something like food that are not normally in the game.

Your community seems to have an active forum, something you tend to see less nowadays unfortunately. How important is the forums to Dead Zone?

Very important. The feedback I read in the forum helps me decide what needs to be added, modified or removed from the game. When we introduce new foods in the game like apple pie or apple fritter. The player would also like to grow and have ingame recipes to make them. So I would add apple seeds and an apple plant. Then a recipe to make them into consumables.

How do you keep things fresh within the community?

We try to keep it friendly, we are all friends in the game and that carries out into the forum. Players can show off their builds and talk about work in progress build and inviting other players to help building this. Once we get into a more stable build for the game we also have events for the players planned.

7 Days to die has mod support, and as mentioned earlier you use custom textures. Besides the textures, do you use any other plugins? If so, are these made in-house or 3rd party plugins.

We don’t use any of the great mods that need to have EAC removed for them to work. We use Mods we’ve made in the past and update them as we go from Alpha to Alpha.

With the latest alpha 17. A lot of the things we have had in the past, had to be rewritten. The developers (Fun Pimps) change up a lot of they way the game works so we had to go and refigure how to get mods we had in the past working in the new alpha.

I would like to also point out that there is a large mod community that make mods. These guys help each other solve issues and share their mods. 95% of the mods we have are ones we’ve made in-house, and some we use from the community Like Guppycur to fix the horde night zombie spawns, this helped me make a mod for our server.

*whispers: Got anything new you guys are working on?

LoL, well I just made 6 Legendary weapons that are OP but a one time use. Think of them as you run into a zombie filled store and find yourself surrounded. You just ran out of bullets and are looting a container. Within it you find a Uzi that fires so fast it’s hard to control. But you can easily take out all of the zombies and stand on their dead (?) bodies like a Superhero.

Besides that, I am currently working a prefab I call “The Lab”, a government bunker where things went bad for them and is what caused the zombie outbreak.

7 Days to die is an early access game. How satisfied are you guys with the flow of updates so far?

I love the Fun Pimps. To me everytime they release a new major update A15,A16,A17..it’s like playing a brand new game with new ideas. That’s why I keep playing/Modding. They try to be different and also familiar.

Looking back, what are some of your fondest memories of Dead Zone?

When the four of us started Chocolate Doughnut, Libby, Peach and I. We all agree on the concept and ran with it. The players also, if it wasn’t for them coming to Dead Zone PVE and working together to make what I feel is a great server, I wouldn’t have the drive to keep going. They are not demanding, but helpful on how the server should be. They are the heart of the server.

Starting a community can be rough these days. Do you have any tips for (starting) communities out there?

Well if you work with the players and give them what makes them happy but also keeping it challenging, they will come and join whatever dream you have.

Last but not least, where can people find your community and server?

Come by and register and check out our forums at https://www.deadzonepve.com/