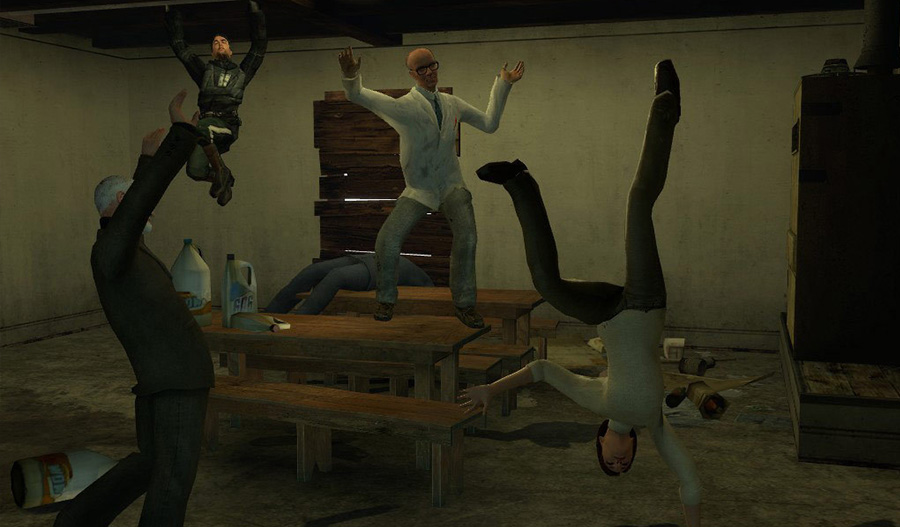 Even though the definition of the word ‘roleplay’ may indeed sound kinky, be rest assured it is not. Online multiplayer roleplay communities have been going since the late 1990s and early 2000s, and are showing no signs of stopping. These communities entail the user assuming the identity of a virtual avatar, and controlling them through their interactions with the rest of the digital world, which consists of other players.

As with everything, there is a lot of variation within the online roleplay scene. Some may consider it a rather casual affair, however others take it more seriously. This is where the differentiation begins.

There are three main denominations of roleplay communities, casual, where there is little emphasis on realism, semi-serious, where there is a fine blend between the two extremes; you have the opportunity to have some humorous fun, but within the boundaries of realism, and serious, the focus of which is to have an experience that plays as close to the chosen setting as possible.

Roleplay – To act as (a character) as part of a fantasy, especially within a group.

In this article, we will delve into the specifics of each denomination and their associated traits. If you want to start doing some roleplay, this article can be used as a guide to help you choose which type will suit you best. Even if you are a seasoned roleplayer, this article will also help you broaden your knowledge of the other types out there, if you are thinking on giving another a shot!

This is the least serious, most popular and available type of roleplay that exists, and places little emphasis on character building or realistic actions. Even though a majority of the communities housing this denomination adhere to the basic roleplay rules, such as “fearrp” and “failrp”, the content within these servers usually consists of bizarre and unrealistic antics. Even though this initially may sound like a negative thing, depending on your wants, it could be perfect; the players in these communities generally all have the same objective, to have humorous fun. If you are looking for some banter and instant gratification, this would be the place to go!
Most casual role players tend to play in an out-of-character fashion. This means that, even though they do have an assigned character that isn’t them, they don’t really take this seriously, and instead sublimate themselves into the character; the actions they commit are a result of their own personal beliefs and personality, and are not influenced by character traits and in-game facts.

If you are looking to set up a serious company and start a monopoly or empire, I would advise you to move up the ladder into serious or semi-serious territory, as you run the risk of not being taken seriously. This also applies for people who may want to get a bit more involved into the character they are portraying, their backstory, internal conflicts and personality; many casual players will not appreciate these nuances to the fullest extent, and your efforts may go unnoticed.

Overall, casual roleplay is a very accessible and basic introduction into the roleplay scene. The main objective here is to have fun, which is delivered to you almost instantly after logging on. The downside to this is that you have less room to elaborate on situations, and the interactions you have can become repetitive and linear quite quickly.

Semi-serious roleplay sits slap bang in the middle of the two other types. Here, you are given much more of an opportunity to flex your intellectual and storytelling muscles, as your involvement in the practise is much more fluid. You have the opportunity to go full in, create a character with an associated backstory and likeness, or just walk around observing the surroundings, giving minimal, but significant interaction to the other players. Even if you don’t take roleplaying your specific character seriously, this doesn’t limit you, as you will be able to do everything else on offer.

Alike casual roleplay, it is very accessible, as there is usually no whitelist and the controls and essential concepts are a breeze to grasp. Contrastingly, semi-serious communities are harder to come across and are rarer.
A problem with it lying in-between the two extremes, with the type of accessibility that is has, is the fact you find a varying demographic of player, which can lead to conflict. You come across many players who wish to play more casually, and as such don’t fully respect your attempts to talk to them seriously in-character. For example, a casual player may simply walk off from a more serious player that is offering them a handshake, hopefully something you wouldn’t do in real life.

Most players of semi-serious communities lie in-between the two extremes.
The main difference between semi-serious and casual roleplay is the fact that interactions are usually more realistic, and events are more accurately executed to represent their real-life counterpart.
The difference between semi-serious and serious roleplay is that semi-serious is a lot more relaxed, and you can get away with more out-of-character interactions and in-character moves that may not completely match real life. For example, in serious roleplay, you may be sanctioned for sprinting without a reason, or walking around aimlessly without a destination; in semi-serious, this is not a problem, and you will almost never be sanctioned for not attempting to play in-character, unless it breaks a community rule.

Overall, semi-serious roleplay still maintains some of the ridiculous humour that can be found on casual roleplay communities, but puts a cap on it to limit it from exceeding and surpassing preposterous. It provides opportunities for more serious role players to come together and play in a more casual and laid back environment than serious roleplay provides.

This is the most serious type of roleplay community, and when playing, some treat it as almost a second life. Players are expected to follow a more strict and realistic set of rules, some of which have been previously mentioned. Interactions are only allowed to be realistic, and any attempts otherwise are likely to lead to a suspension. A lot like the other extreme, this may sound like a bad thing, but depending on your want, it could fit it perfectly.
This type of roleplay primarily focuses on in-character interactions, and out-of-character talk is primarily used to sort out confusions that arise in in-character situations.
You will find little to no humours fun in these communities, however, if sticking to a strict guideline and pretending to be someone else with deep, developed and unique interactions is what you are looking for, serious roleplay is for you.

Coming from no experience at all, this is the hardest to get into of the three, as you are thrown in at the deep end with a lot of technicalities to understand and learn.
A problem of some serious roleplay communities is the fact that, before you can play them, you might need to apply using an application form, or complete a quiz with an 100% pass rate.
However, as a consequence, this means that you are playing with other players who take the practise as seriously as you. On top of this, the likelihood of having your experience ruined by a rule breaker is minimised. The community spirit truly thrives in these communities, as only the people who want to be there, are; you all have the same shared goal and objective.