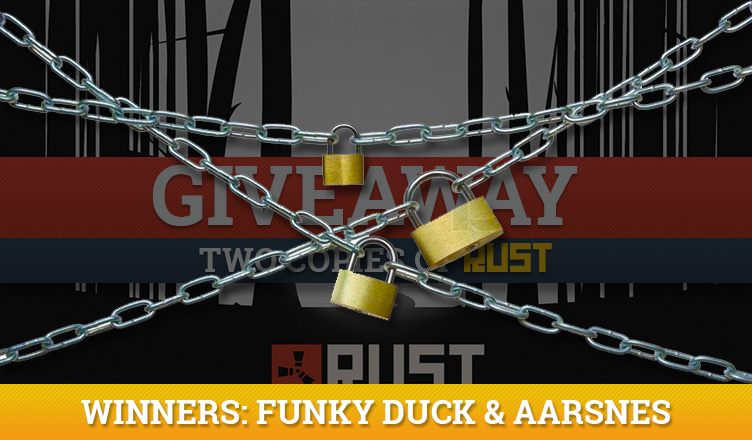 NOTE: This giveaway has ended

Time for another giveaway, This time we will be giving away 2 copies of Rust! Much like our previous giveaway (Conan: Exiles) the only thing you have to do is answer simple a question to participate. This time you have 7 days to join in (previous giveaway was only 3 days)

Since the beginning of Rust the rock has been an icon. It’s the starter multi-purpose tool and the weapon of choice for angry cavemen. So our question to you, What would you do with your starting rock?

Congratulations to Funk Duck and aarsnes, you two have won a copy of Rust!

My rock would become a symbolic deity. I would get all nakeds to come around my rock and would describe my rock as being sent down from the heavens along with yours truly in order to bless the world of rust with its presence.
The rock would have an inscription that would change every time I shook it, people would have to follow the instructions no matter what otherwise they would be struck down upon by fellow nakeds.
Praise the godly rock – Funky Duck

Not gonna do anything, “Was alive for 2 seconds. Killed by a Bear” – aarsnes

The winners have been chosen by random