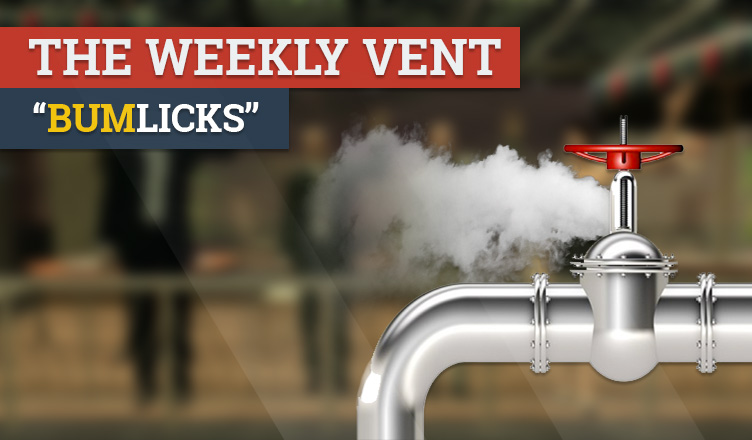 Bumlicks, asslicks… whatever you want to call them, are the only negative consequence of being in a position of authority that is applicable to all scenarios.

However, they are a sign that you are doing things right, as they only swarm you if you are a respectable leader due to their ongoing thirst to be in your ‘good book’. Again like Santa Claus, you are seen as an omnibenevolent being who is always right – these people constantly agree with you no matter what you say! (If only politics was that easy…)

Bumlick – ‘To be over kind to someone to achieve a higher status in life.’

There is some psychological context to this phenomenon however, and it is called ‘normative social influence’. This is when an individual commits an action with the soul reason of being liked and accepted. In this case, they purposefully display good behavior around you because they want you to accept them and cherish their presence, giving them showers of status and recognition.

It has the detracting effect.

Instead, they come off as needy and downplay any talent or skill they may have mastered, anchoring a negative persona to their username instantly.

The best ones are those who stench; you can smell them a mile off. When you join the server, ‘HI LINK’, when you come online on Steam ‘HEY THERE, HOW ARE YOU?’ – trying to get to know you in pathetic and ‘’inconspicuous’’ fashions… when you give them what they want, or step down from your position of authority, they’re nowhere to be seen. It makes my blood boil, but gives me comfort to know that once identified, they’re not getting anywhere.

Acquaintances are underrated, and I believe are the optimal relationship in the online space. Even though you want to get to know me better too, it is a mutual agreement; respect is not a one-way avenue, as it is with bumlicks, who jeopardize any chance of a return, all because of the overt nature of their objective.  These relationships can over time develop into friendships, which is where most bumlick’s target zones lie.

You need to make a good first impression (a guide for which can be found here) and maintain your mature and sophisticated image to have any chance of gaining return respect. It is here where many fail, as something as simple as a spelling mistake in an awkward first conversation can direct the mood and emotion of the sustained relation.

But then again, any failure you face is your fault. If the only reason you are wanting to talk to someone is for personal gain, you deserve to fail. Go away and cower in your reprobatory corner, surrounded by your thirst for dominance. Work your way up using hard work like the rest of us have, and don’t take shortcuts. It’s a lazy practice, and highlights certain traits of insecurity and self-doubt you are obviously reluctant to attempt to overcome.

The worst of the worst are try-hard bumlicks, but the steam has evaporated for this week, and I feel it will take another 7 days to build back up!